If you want to wake up in the fairy tale “A Thousand and One Nights”, then you should definitely make an unforgettable trip to Iran and witness the magnificent palaces in all their grandeur.

The Golestan Palace is located in the capital of Iran and is one of the most visited historical sites. Built over 4 centuries ago, the Golestan Palace is considered one of the oldest royal residences for the last three ruling Persian dynasties. The palace of Golestan, like a brilliant pearl in the heart of Tehran, unambiguously hints at the luxurious and magnificent life of Persian shahs and kings. It is located in a lush green garden with beautiful fountains. The palace complex was built in the Safavid era. Later, the palace was renovated and became the residence of the ruling Qajar family. The lush complex is considered a masterpiece of the Persian art of the Qajar era, embodying the successful integration of early Persian crafts and architecture with Western influences. One of the characteristic features of the palace are numerous ornaments dating back to the 19th century.

The Golestan Palace is a huge complex consisting of 20 buildings, which today are reserved for museums and exhibition halls. In the era of Qajar, the palace was considered the center of Persian art and architecture. The palace of Golestan impresses with its luxurious decorations: paintings, murals, frescoes, marble carvings, ornaments, mirror mosaics and stained glass. The names of the halls only confirm the magnificence of the palace: only here you can find the Diamond Hall (Talar e Brelian), the Mirror Hall (Talar e Aineh), and even the Diamond Hall (Talar e Almas). The most famous hall is Talare Salom, or the reception room, where the kings welcomed foreign guests arriving in Iran and held solemn ceremonies. The hall is known for its exquisite decor: the ceilings and walls are decorated with brilliant mirror work by Iranian masters, and the floors are covered with marble mosaic. During the reign of Nasreddin Shah an exhibition of European and Iranian paintings along with numerous precious gifts presented to the royal court was organized in the hall.

Chehel Sotun Palace, one of the masterpieces of the Iranian architecture, is located in the city of Isfahan. Translated from Persian the name of the palace means “forty columns.” However, only twenty slender wooden columns support the front of the mansion, which stands at the edge of the pond. The shadows of the columns are reflected inside the water and it seems that the sum of the columns is forty. Chechel Sotun is a mansion in the center of a beautiful garden built by Shah Abbas II in the 17th century for receptions and entertainment. It was here that the king of the Safavid received ambassadors and high-ranking officials in the reception halls. In the palace, many valuable paintings, frescoes and ceramic panels depicting historical scenes are preserved. The finely decorated walls of this palace with magnificent frescoes and mirrored mosaics amaze the imagination. The walls of the palace have also preserved frescoes in the traditional style of Persian miniatures depicting love, and even erotic themes. The Chehel Sotun Palace and the adjacent garden are included in the UNESCO World Heritage List. 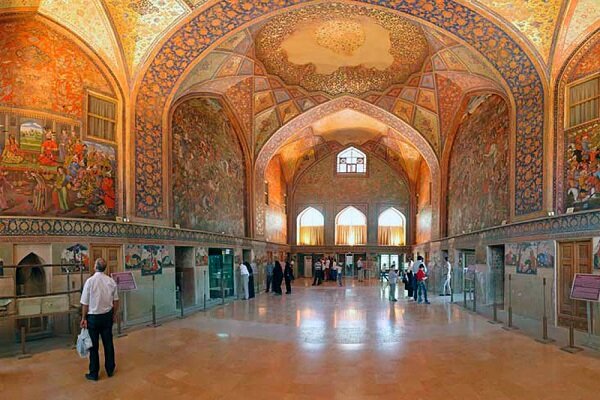 The palace complex of Saadabad was built during the reign of the Qajar and Pahlavi dynasties in the 19th century, and is located in the Shemiran area on the outskirts of Tehran. After the Iranian revolution, the complex was converted into a museum. This huge palace complex covers a territory of a total area of 300 hectares, and, like a small town, includes natural forests, streets, quarters, galleries and museums. The complex of Saadabad consists of 18 palaces, 7 of which are now reserved for different museums. Having visited Saadabad, you can learn a lot of valuable and interesting information about the life, customs, and culture of Iran. For example, the Museum of Anthropology presents any Iranian customs associated with culture since the ancient Persian civilization. The Mir Emad Museum presents masterpieces of the Persian calligraphy of the post-Islamic era, and the Museum of Fine Arts keeps the paintings of European painting of the 18th and 19th centuries and paintings by contemporary Iranian artists. 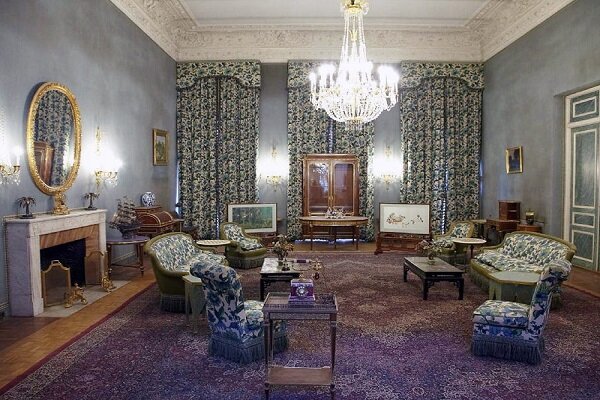 Isfahan, one of the cultural centers of Iran, attracts tourists from all over the world thanks to its ancient architecture. Ali-Kapu Palace, built in the 16th century as a residence for Shah Abbas I, is one of the main tourist destinations in the city. The palace is unique in terms of architecture: it has a height of 48 m and has 6 floors. Ali-Kapu Palace was once richly decorated with drawings of the famous Iranian artist Reza Abbasi. Floral, bird and animal motifs prevailed in the wall decorations. Unfortunately, most of the drawings and ornaments were looted or deliberately destroyed. The real hallmark of the palace is considered to be the Music Hall on the sixth floor: the walls of the hall are decorated with deep niches in the form of intricate figures that not only had aesthetic value, but also improved acoustics. 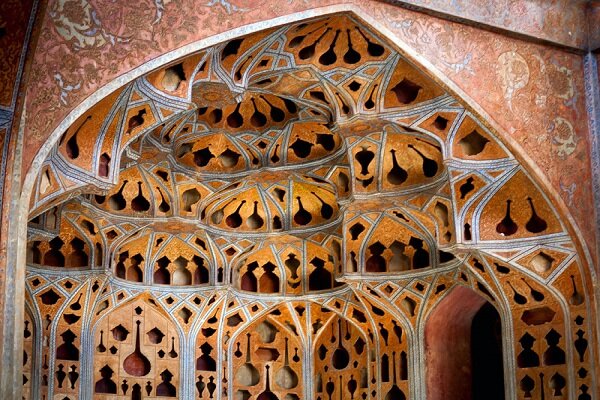 Palace of Gavam and Garden of Narenjestan, Shiraz

The Gavam Palace, built in the exquisite Orange Garden (Narenjestan), was erected for the rich and powerful Mirza Ibrahim Khan between 1879 and 1886 as a reception for his family home. Drowning in greenery, the garden embodies the true concept of the Persian Garden, where the natural elements are harmoniously intertwined with artificial components. The garden is listed as a UNESCO protected site. The mansion is connected with residential buildings through an underground passage, which is closed to the public. The Gavam Mansion is a classic example of the European style elegance and sophistication mixture with Persian national motifs. 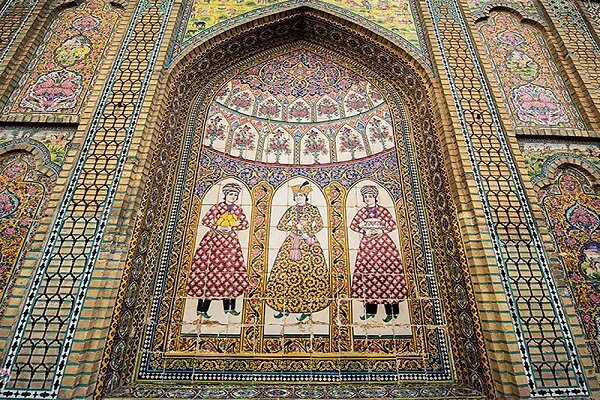