No doubt there are billions of people all over the globe who are in search of human values like truth, freedom, justice, peace, kindness, honesty, loyalty, and love.

If you look through the history of Islam, you'll find that the lifestyle of the Holy Prophet Muhammad (PBUH) and his Ahl al-Bayt (family) is the best role model for all human beings to achieve high moral values and notions.

Such high values can be all found in the tragedy of Karbala and the martyrdom of Imam Hussein (AS), the grandson of Prophet Muhammad (PBUH), and 72 of his loyal companions in the battle of Karbala on Ashura day (Muharram 10, 61 AH).

Imam Hussein (AS) was got martyred after he refused to pledge allegiance to the tyrant ruler of his time, teaching a lesson, “If you neither believe in religion nor fear the hereafter, then at least be free from tyranny and arrogance.”

This great Imam presented a role model to all entire humanity which will never be forgotten and fighting against oppression would remain a principle in the history of Islam and humanity.

Today the situation is such that when intellectuals learn about the history of Islam, and the story of Imam Hussein (AS), they feel humble.

Imam Hussein (AS) from the perspective of Muslim and non-Muslim scholars, and thinkers:

Different non-Muslim scholars pay their tribute to Imam Hussein (AS) as follows:

Famous British orientalist, Edward G. Brown writes in his book, A Literary History of Persia, "72 companions of Imam Hussein accompanied him, and all were killed in the land of Karbala to achieve righteousness. Not only gave himself up but everything possible in the way of God, including his six-month-old baby Ali Al Asghar, and with unyielding steadfastness."

Thomas Carlyle, a Scottish essayist, historian, and philosopher explains, "The best lesson which we get from the tragedy of Karbala is that Hussein and his companions were rigid believers in God. They illustrated that numerical superiority does not count when it comes to the truth and the falsehood. The victory of Hussein, despite his minority, marvels me!"

"If Hussain had fought to quench his worldly desires...then I do not understand why his sister, wife, and children accompanied him. It stands to reason, therefore, that he sacrificed purely for Islam," says prominent English novelist Charles Dickens.

Bengali poet Rabindranath Tagore says, "Hussein's sacrifice indicates spiritual liberation. In order to keep alive justice and truth, instead of an army or weapons, success can be achieved by sacrificing lives, exactly what Imam Hussein (AS) did."

Sarvepalli Radhakrishnan, who was an Indian philosopher and politician who served as the second president of India, says "Though Imam Hussein gave his life years ago, his indestructible soul rules the hearts of people even today."

Mahatma Gandhi, an Indian political and spiritual leader, writes, "I learned from Hussein how to achieve victory while being oppressed. my faith is that the progress of Islam does not depend on the use of sword by its believers, but the result of the supreme sacrifice of Hussein, the great saint."

Edward Gibbon, who is considered the greatest British historian of his time, writes in The Decline and Fall of the Roman Empire, "In a distant age and climate the tragic scene of the death of Hussein will awaken the sympathy of the coldest reader."

"Imam Hussein uprooted despotism forever till the Day of Resurrection. He watered the dry garden of freedom with the surging wave of his blood, and indeed he awakened the sleeping Muslim nation," says Mohammed Iqbal, the great poet, and philosopher of Pakistan. 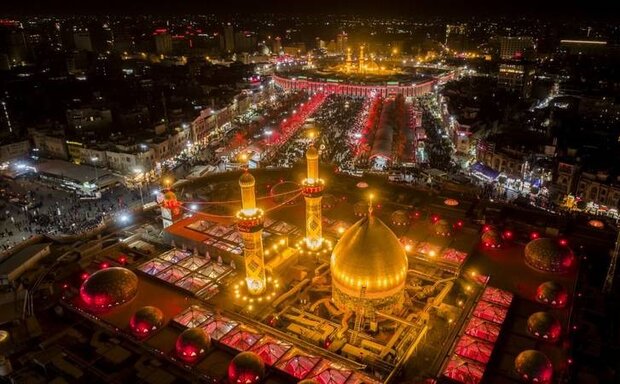 Ignaz Goldziher, a Hungarian scholar writes "Karbala symbolizes the true face of the struggle against injustice - non-violent resistance. Not taking life but sacrificing your life for Islam."

Khalid Sheldrake, who was an English manufacturer who converted to Islam, on his part writes, "Of that gallant band, male and female knew that the enemy forces around were implacable, and were not only ready to fight but to kill. Denied even water for the children, they remained parched under the burning sun and scorching sands, yet not one faltered for a moment. Hussein marched with his little company, not to glory, not to the power of wealth, but to a supreme sacrifice, and every member bravely faced the greatest odds without flinching."

Pandit Jawaharlal Nehru, former Indian prime minister, and scholar says "Imam Hussein's (AS) sacrifice is for all groups and communities, an example of the path of righteousness."

Rajendra Prasad, Former President of India also writes "The sacrifice of Imam Hussain (AS) is not limited to one country, or nation, but it is the hereditary state of the brotherhood of all mankind."

Sarojini Naidu, Indian political activist, and poet says "I congratulate Muslims that from among them, Hussein (AS), a great human being was born, who is revered and honored totally by all communities"

"No battle in the modern and past history of mankind has earned more sympathy and admiration as well as provided more lessons than the martyrdom of Hussein in the battle of Karbala," writes Kuwait-based Syrian Christian writer Antoine Bara who is the author of “Imam Hussein in Christian Ideology”. 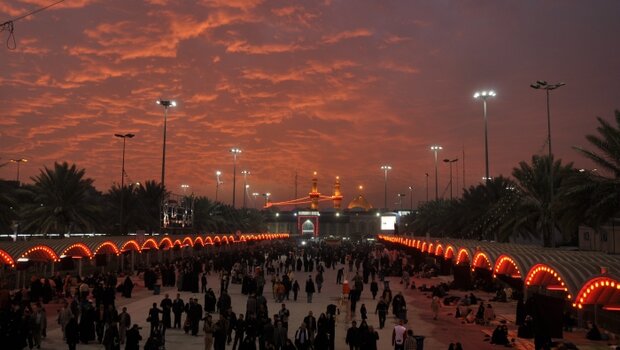 The tragedy of Karbala, the martyrdom of Imam Hussein(AS), is one of those events of great significance. Its lessons concern not just one group of men and their relationship to the world, but all mankind. It is a moral paradigm. It teaches sacrifice and opposition to injustice: it teaches integrity of purpose, love of family, gentle­ness, and bravery. In fact, in the account of the tragic journey and martyrdom of Imam Hussein, there are lessons in all moral virtues.