Every year, Shia Muslims from Iran and many other countries celebrate the birthday anniversary of their Eighth Imam, Ali bin Mousa al-Reza (PBUH), in his Holy Shrine in Mashhad and other parts of the world.

The shrine of Imam Reza, located northeast of Iran, is visited by nearly 30 million people annually, turning Mashhad into one of the biggest pilgrimage destinations in the world and the holiest spot in Iran. 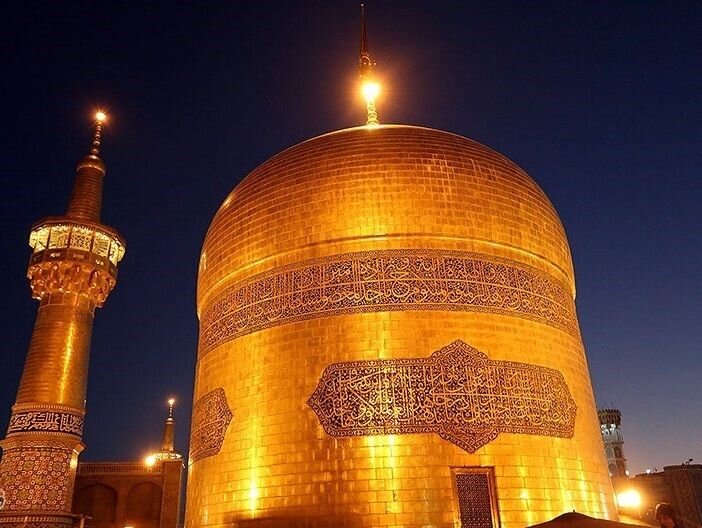 A Brief History of Glorious Life of Imam Reza (PBUH)

Imam Ali ibn Musa al-Reza (PBUH), the eighth Shi'ite Holy Imam was born on 11th Zee al-Qa'adah 148 A.H. in the holy city of Madinah. He was divinely entitled 'Al-Reza"(meaning that Allah Almighty and His Holy Messenger (PBUH) were deeply pleased with him). The Holy Imam (PBUH) is also considered as the Aalim (the Greatest Erudite) of the Holy Ahlul Bayt (PBUH).

On the 11th of Zil-Qa’dah in the year 148 AH, less than a month after the martyrdom of the Prophet’s 6th infallible successor, Imam Ja’far Sadiq (PBUH), when the bewildered assassin Mansour Dawaniqi was still trying to figure out who actually was the heir of his venerable victim, so as to do him harm as well, an enlightened heir was born to the still publicly unannounced heir of the deceased Imam. Little did the Abbasid usurper Mansour – one of the principal hijackers and deviators of the pro-Ahl al-Bayt uprising of the people of Khorasan – realize that the new addition to his victim’s family that year would soon transform not only Khorasan but the whole of Iran and the greater part of his own capital Baghdad in Iraq, into the realm of the devotees of the Prophet’s pure progeny, whom he thought had been totally deprived of their rights. Fifty-three years later in 201 AH, as the rotten bones of Mansour and his four tyrannical successors – Mahdi Abbasi, Hadi Abbasi, Haroun and Amin – rattled in their infernal graves, the son born in 148 AH to Imam Musa al-Kazem (PBUH) – the son and hitherto unannounced successor of Imam Sadeq (PBUH) – would step on the soil of Khorasan to establish a permanent foothold for the followers of the Prophet's Ahl al-Bayt. 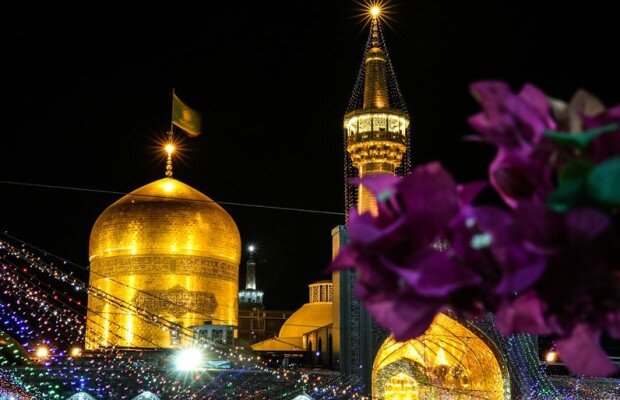 Although Imam Reza (PBUH), whose birthday we celebrate today, was forced to leave Medina at the age of 53 years and come to Khorasan to the then Abbasid capital Marv (presently in Turkmenistan), as part of an intricate plot by the crafty caliph Mamoun who even declared him as his heir-apparent in a bid to discredit the Ahl al-Bayt in the eyes of the Ummah, the Prophet’s 8th infallible successor completely turned the tables on the usurpers of the inalienable rights of his Blessed Household. During his two-year sojourn in Khorasan, so firmly did he manifest the God-given wisdom of the Prophet’s rightful heirs that despite a desperate Mamoun’s resorting to the same old tactics of fatal poisoning of the food to martyr yet another Infallible Imam, all traces of Abbasid rule soon evaporated from Iran. A brief radio program is not the place to pen the outstanding events of the 8th Imam’s stay in Khorasan, such as the miracle of the rain during a period of extreme drought; the lively debates with different Muslim and non-Muslim scholars that convinced them of the truth of Islam; and the memorable incident of the Eid al-Fitr at the end of Ramadan 202 AH that badly backfired on Mamoun when after announcing that the Imam was to lead the Special Eid Prayer he stopped him midway to the Mosalla out of fear and jealousy as masses started to turn out with enthusiasm at the sight of the Prophet’s heir performing the Eid ritual – an act that further alienated the people from the Abbasids.

The Holy Imam was poisoned by Mamun, the Abbasid caliph in Sanabad in the Toos region (Khorasan). The Holy Imam (PBUH) attained martyrdom on the last day of the month of Safar 203 A.H./ 818 A.D. and was buried in Sanabad.

We congratulate you once again on the blessed birth anniversary of Imam Reza (PBUH), and present to you some of his wise sayings that continue to guide Muslim till this day:

1. “He who compares and likens Allah to His creation is a polytheist and the one who attributes something which has been forbidden for HIM is an infidel.’

3. “Faith has four pillars: Trusting and relying upon Allah; Contentment and pleasure with the Divine Will; Submission to the ordinance of Allah; and turning over all affairs to Allah, which means resignation Divine Will.

4. “Faith means performing and discharging the obligatory duties and avoiding forbidden acts, since faith is the cognition of Allah through the heart, acknowledgement through the tongue and practicing through bodily organs.”