In 1942, approximately 120,000 Polish refugees arrived in Iran. The refugees were part of a larger exodus of between 320,000 to a million Polish evacuees who were forced out of Poland during the war II and deported to the eastern parts of the Soviet Union including Siberia. Polish evacuees left the Soviet Union for Iran where they awaited to emigrate to Palestine, Australia, New Zealand, South Africa, the United Kingdom, the United States and elsewhere.

In Tehran, the refugees were accommodated in four camps. After the war, a few even decided to stay in Iran permanently, marrying Iranian spouses and starting families. Due to hunger and epidemics they suffered while held in the Soviet Union, over 2,800 Polish refugees died in Iran, and there are several Polish cemeteries located in various cities of Iran (Tehran, Bandar-e Anzali, Mashhad, Isfahan, Ahvaz). 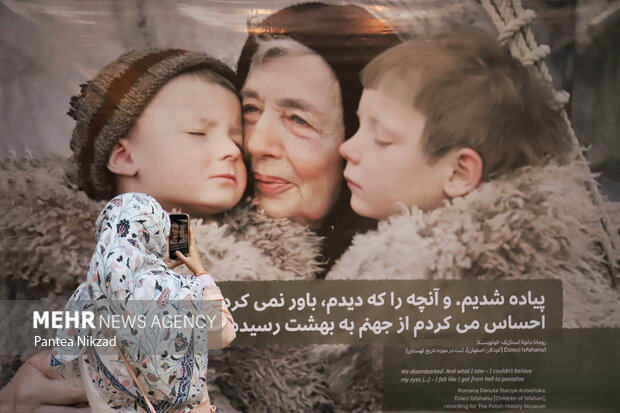 During this time, Iran was suffering economically. Despite these difficulties, Iranians openly received Polish refugees. Despite these difficulties, Iranians openly received the Polish refugees, and the Iranian government facilitated their entry to the country and supplied them with provisions. Polish schools, cultural and educational organizations, shops, bakeries, businesses, and press were established to make the Poles feel more at home.

While most signs of Polish life in Iran have faded, a few have remained. Nearly 3,000 refugees died within months of arriving in Iran and were buried in cemeteries, and many of these burial sites are still well-tended by Iranians today. A Polish cemetery in Tehran is the main and largest refugee burial site in Iran, with 1,937 graves. 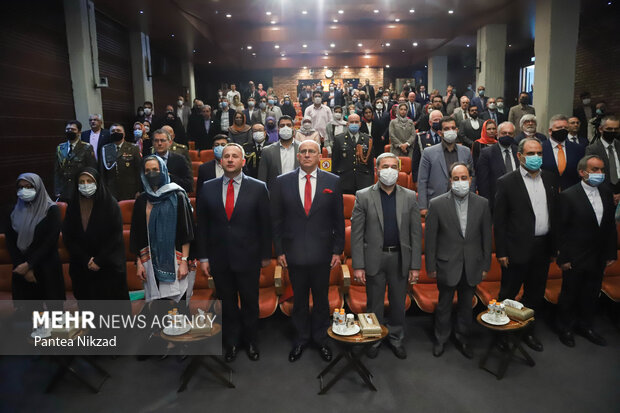 On the occasion of the 80th anniversary of the arrival of Polish refugees in Iran in the World War II era, the photo gallery “The Trails of Hope” which tells the story of those 120 thousand Poles who were hosted in Iran during the war, was inaugurated in the Iranian capital of Tehran on Monday morning in the presence of Polish Foreign Minister Zbigniew Rau, the country's Ambassador to Tehran Maciej Fałkows, a group of Poles living in Iran.

He expressed hope that the exhibition would be a cornerstone for more cultural cooperation between Iran and Poland.

Speaking at the ceremony, Polish Foreign Minister Zbigniew Rau said, "The exhibition “The Trails of Hope” tells the story of an odyssey of 120 thousand Poles who were hosted in Iran during the Second World War. Both in Iran and Poland, this story is well known. Iranian generous assistance saved the lives of thousands of Poles, physically exhausted after two years in Soviet labour camps."

"But this exhibition is not only about keeping alive the memory of those events. What is equally important is to show their broader historical context. The central part of the exhibition contains some snapshot information on the life of Poles in Iran," he added. "Isfahan came to be known as “The City of Polish Children”, as it hosted over 2500 Polish children, mostly orphans, who could go back to school, made friends with their peers, and participate in the flourishing scouting movement. "

"By 1945, most of the Poles left Iran. Only a few of them made it back home. Today is a good occasion to express again our deepest gratitude for your country’s hospitality offered to us 80 years ago. A few dozen Poles decided to stay in Iran. They settled down and established families. Today I have the pleasure to welcome some of their descendants," the minister noted.

The exhibition features photographs from the beginning of World War II, the displacement of Polish refugees and their arrival in Iran. 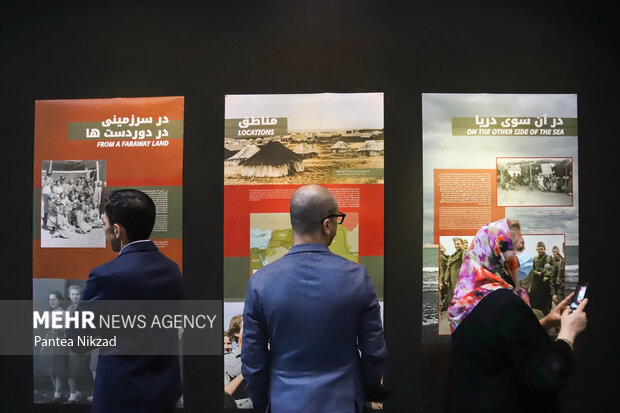 After the exhibition, Zbigniew Rau left Tehran for Isfahan. Upon his arrival, he said that Poland's relations with Iran date back to more than 500 years ago and the two countries have always had good relations with each other throughout history.

The closeness of the people of the two countries can be a good ground for developing relations, he added.