Alexander Sergeyevich Pushkin was a Russian poet, playwright, and novelist of the Romantic era. He is considered by many to be the greatest Russian poet and the founder of modern Russian literature.

Pushkin was born into Russian nobility in Moscow. He published his first poem at the age of 15 and was widely recognized by the literary establishment by the time of his graduation from the Tsarskoye Selo Lyceum.

Critics consider many of his works masterpieces, such as the poem The Bronze Horseman and the drama The Stone Guest, a tale of the fall of Don Juan. His poetic short drama Mozart and Salieri (like The Stone Guest, one of the so-called four Little Tragedies, a collective characterization by Pushkin himself in 1830 letter to Pyotr Pletnyov) was the inspiration for Peter Shaffer's Amadeus as well as provided the libretto (almost verbatim) to Rimsky-Korsakov's opera Mozart and Salieri. 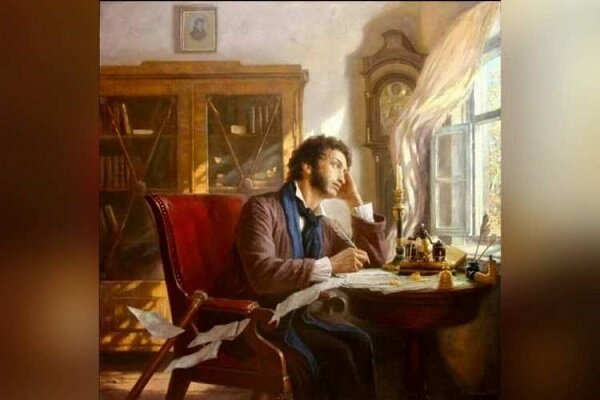 Pushkin is also known for his short stories. In particular his cycle The Tales of the Late Ivan Petrovich Belkin, including "The Shot", were well received.

He is considered by many to be the central representative of Romanticism in Russian literature although he was not unequivocally known as a Romantic.

In this regard, the Russian Federal Agency for the Commonwealth of Independent States Affairs, Compatriots Living Abroad, and International Humanitarian Cooperation, known as Rossotrudnichestvo organized a contest for Iranians to read Pushkin's poems. Some Iranian interested people sent them videos of themselves reading one of Pushkin's poems.

On November 8, Iranian students were awarded the diplomas of the winners of the competition in a ceremony attended by Russian language professors from Iranian universities and representatives of the Russian Embassy in Iran.