As a part of a joint academic project between the University of Tehran and Embassy of the Republic of Poland in Tehran, students of the Industrial Design Department were tasked to design a piece of furniture that would combine the elements of Iranian and Polish cultures and could be placed in an Iranian-Polish house.

While keeping up with modern trends, the designers aimed to revive the cultural heritage of both Iran and Poland by synthesizing elements of different esthetics. The rediscovery of so many commonalities like cultural symbols, narrative themes and specific sensitivities produced a surprisingly harmonious and innovatory blend that was translated into practical forms.

All students were invited to choose a tangible or intangible element in the cultural heritage of the two countries. Some of them became immersed in the Polish stories and myths through the literature, films, texts, artistic works, monuments and tales. They extracted elements of Polish cultural heritage that could inspire a piece of furniture, but also be linked to some phenomena in Iranian culture. Each project has been conceived on an element, a history, a monument, a craft technique or a trace belonging to the culture of each country. Each object or story chosen by the students was analyzed and transformed it into furniture design evoking distinctive emotions.

Young Iranian students prepared 11 projects. Five of them have been produced by Behman Design company with the sponsorship of the Polish Embassy in Tehran.

In this project, young Iranian designers set out on a quest to showcase the richness of two cultures in a new way. Abundant in motives, colors and – above all – symbolism, Polish and Iranian art provided much of the inspiration, while up-to-date technology allowed them to create original works of applied art: design-intensive, high-end furniture.

In the unveiling ceremony of Iran-Poland Furniture Exhibition, Polish Ambassador to Tehran Maciej Fałkows said, "In a joint academic project by the Embassy of the Republic of Poland in Iran and the University of Tehran, students of the Industrial Design Department were invited to design a piece of furniture that would combine the elements of Iranian and Polish cultures to display the richness of these two countries cultures in a new way."

"All the students invited to search through literature, films, artistic works to find distinctive stories or motives that could be paired. So through synthesizing elements, giving them more universal notion and with the use of modern technologies, they created a fully utilitarian, design-intensive furniture," he added.

He went on to say, "During 2020, the students struggled not only with ideas and materials but also with the pandemic situation which interfered with the learning process gravely limiting the access to sources and their tutors. Despite all the headwinds, the project was successfully finalized and we are all the more pleased to invite you to see its results." 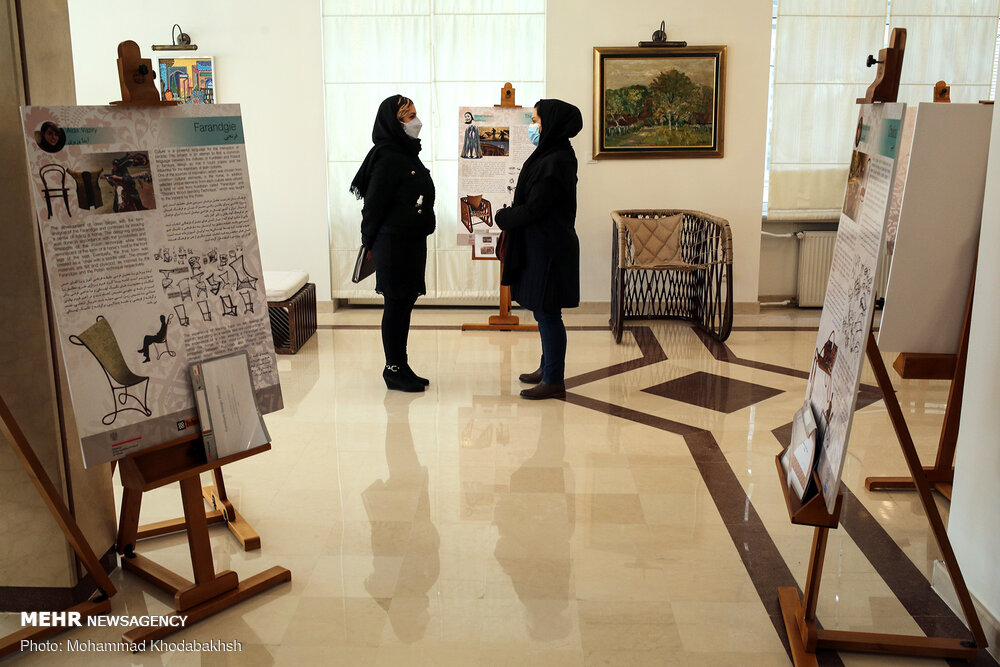 Supervisor of the furniture design project Maryam Khalili, who is Head of Industrial Design Department at College of Fine Arts, University of Tehran said, "Talking about culture has no limits. When we approach the notion of culture, we touch on a vast subject which has its sensibilities and its strengths. In the industrial design department at the University of Tehran, we always try to create a kind of awareness on cultural topics to bring students closer to anything that they feel is forgotten or being transformed in our modern society and around the world. These topics are not necessarily routine. This furniture design project, inspired by Iranian and Polish culture, is a part of the cross-cultural topics that we carried out during the last semester."

"These meetings progressed until February 2020, when the whole world encountered the COVID-19. This disease had all possible effects on our operational and academic approaches. The presence of students was reduced and the social conditions ensured that the meetings around this project went into a virtual model. Our planned international exchange program was cancelled and we had to think differently about this interesting project. We could neither program a new schedule nor have our students by our side to lead them on this new path. We, therefore, decided to rethink our approach. Everything was set to zero and with new conditions, we thought about the design of this exhibition," Khalili noted.

Supervisor of the furniture design project went on to say, "All students were invited to choose a tangible or intangible element in the cultural heritage of the two countries. This step was a very important starting point for all of us because the Polish culture was a little misunderstood by the majority of the students, but the enthusiasm was stronger."

"This project has been designed in four main phases: theoretical and practical research of elements in Iranian and Polish cultural heritage, the adaptation of these elements to apply in the design of furniture for a chosen place, design of ideas from these elements in sketches and finally 3D modelling and digital fabrication of the final idea," she said. 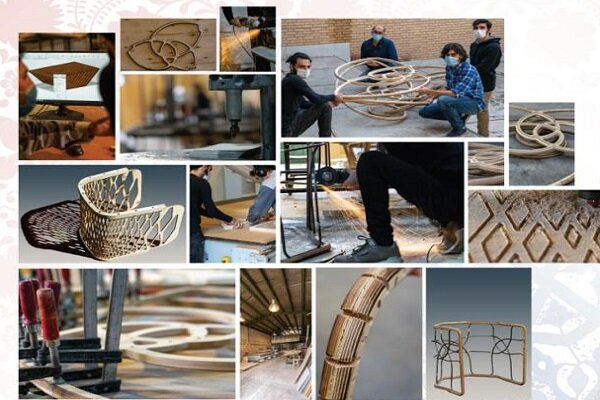 Khalili added, "Each project has been conceived on an element, a history, a monument, a craft technique or a trace belonging to the culture of each country. In the semiotic sense of the term, we analyzed each object or story chosen by the students and made a connection with the furniture design. A natural or intentional transformation offers a reality other than the emotion felt by the object itself. Between each cultural element and the chosen place, a media thought is developed because the furniture is intended for this location."

"We have had a special experience over the past few months. Each student has submitted a research dossier containing many sketches and the best ideas were chosen by Behman to go to manufacturing. The achievements were made within Behman, which presents a strong potential for marketing this furniture. We always reveal that culture is the engine of creation in itself and when it comes to a cross between two or more cultures, this richness is multiplied. Our world needs, at this time, to become closer and to feed on this flavor which is the culture of the other," she highlighted. 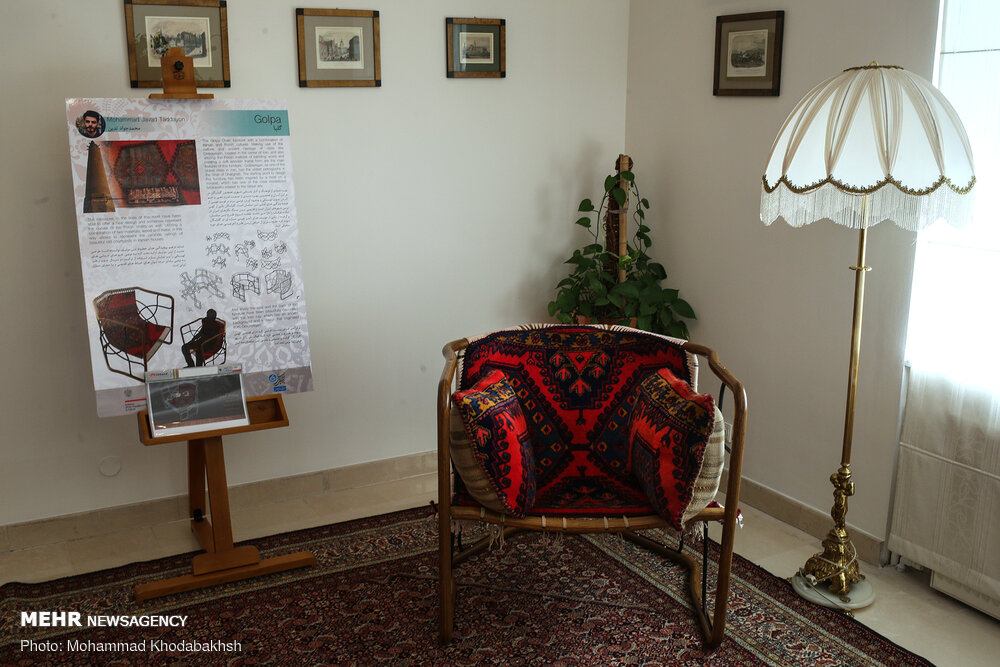 One of the designs is inspired by the architectural motifs of a minaret in the town of Golpayegan. The designer transformed them into a structure of a piece of furniture in the style of Polish chairs with a historic regional carpet for the seat and backrest. This chair not only presents a historically cultural object which is the Persian carpet, but it also illustrates a transformation from an architectural motif to a complex form of design. 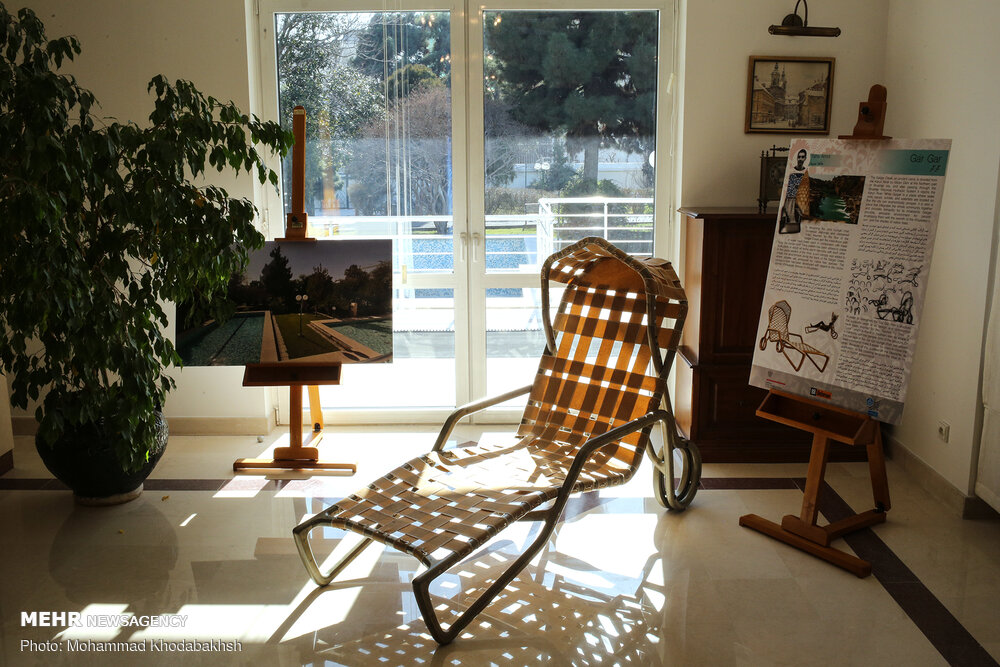 This design is inspired by a river and its lines in the Iranian mountains. This concept gives a lounge chair as the result to sit near the water or the swimming pool. We see a precise and intentional meeting between the material of wood and an Iranian artisanal technique called Makramé Bâfi, which makes this chair even more pleasant to look at and to use. 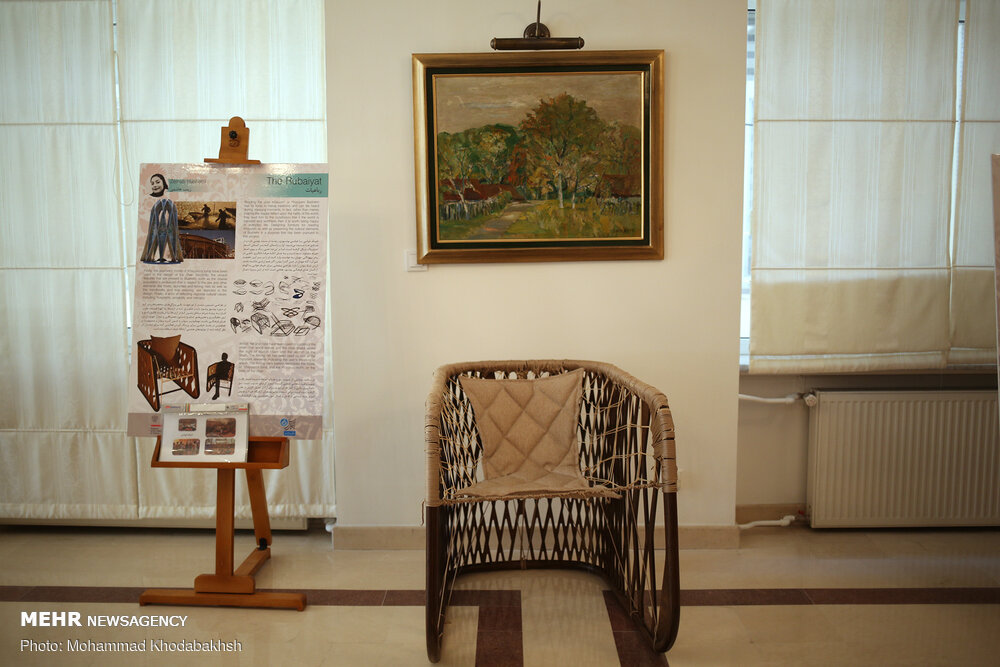 The designer of this project worked on the creation of a chair that brings together Iranian architectural motifs on one side and motifs from ancient Polish textiles on the other. 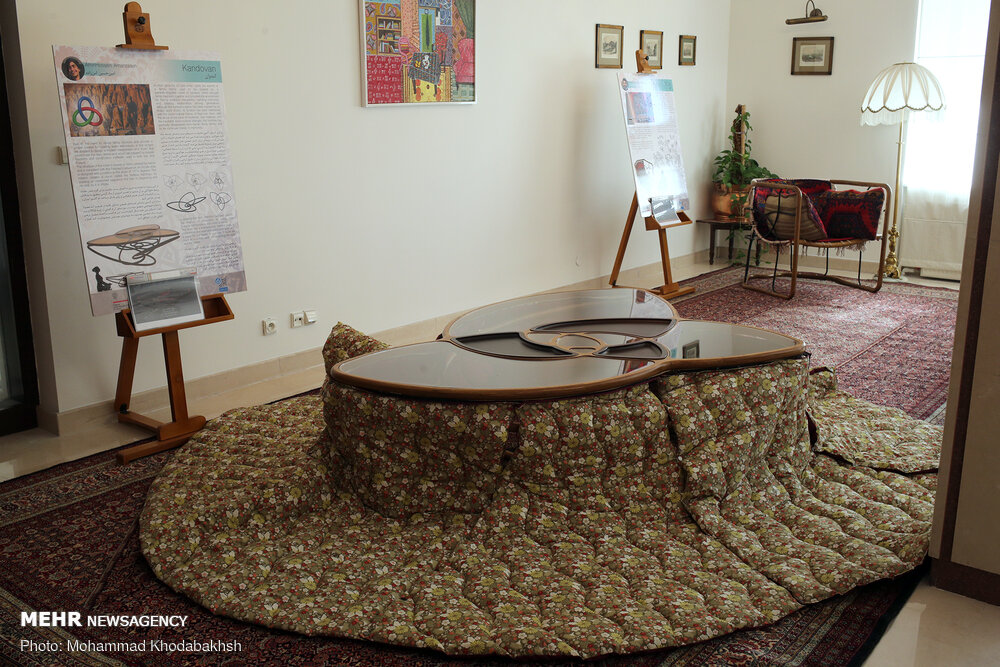 The work is a combination of mathematics and design, an ensemble that takes us back in time with the famous Iranian Korsi and Polish bentwood is used to create a Fibonaccian shape. This multifunctional object can be both a coffee table and a table to gather around a Korsi. 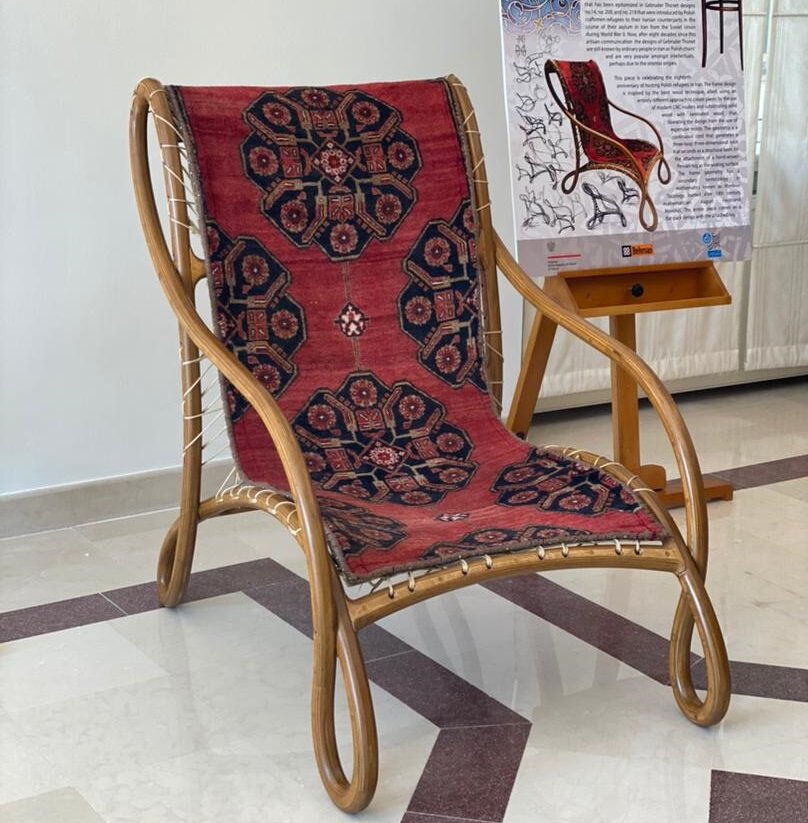 This piece is inspired by the bentwood technique, albeit using an entirely different approach to create pieces by the use of modern CNC routers and substituting solid wood with laminated wood, thus liberating the design from the use of expensive molds.